This is very out-of-date and I am now on version 3 of the dropController. I also moved away from keypad control. Left this page online due to the interest in the menu system I created and although it is integrated in to the code it should not be too difficult to adapt.

The circuit is fairly simply and should be able to be created by anybody. 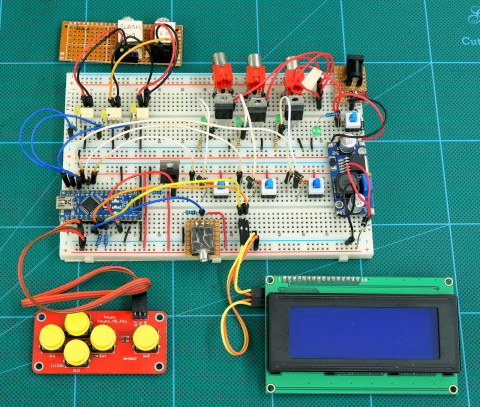 The dropController uses the following pins 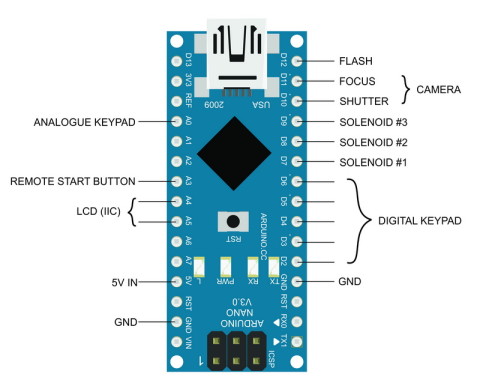 Connections for 2 types of keypad are shown but only one type would actually be used.

The camera trigger circuit uses 4N25/26 opto-couplers as digital switches (I have used both 25’s and 26’s since these were what I had but other models can be used). Opto-couplers allow the Arduino to trigger the camera and flashes without having a direct electrical connection. More info here. The camera focus and camera shutter triggers use separate opto-couplers which then go to the same 3.5 connector. I have a Canon camera which requires both focus and shutter to be active for bulb mode to work.

Different DC converters can be used, for example a LM7805/06. The circuit I use is taken from Derek Molloy’s video at https://www.youtube.com/watch?v=FVMrA8C-GM0
I use an LM7806 with an in line diode on the output pin. The LM706 reduces the voltage to 6V and the diode further reduces it to 5.3V. 5.3V is an acceptable input voltage (just) for the Arduino’s 5V pin..

In an earlier version of the dropCopntroller I had a weird problem. When the Arduino was connected to a computer by usb and at the same time the device was powered by the external power supply, the computer would crash (BSOD) when the usb cable was unpluged. Everything worked fine while things were plugged in it was only when the usb cable was pulled out I had a problem. I initially fixed this by using a diode but the diode had a fairly high voltage drop. I later replaced the diode with a mosfet. The mosfet offers the same polarity protection without the large forward voltage drop.

The remote button switch is exactly the same as the switches used for the digital keypad. The only difference is it is on the end of a cord and connected by a 3.5 jack. The A3 pin is used as a digital input pin for the switch. 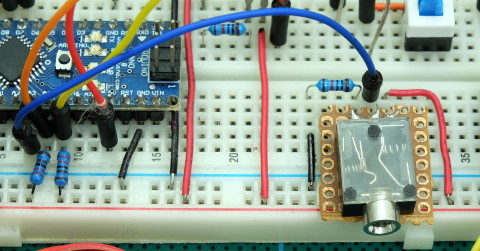 Here is my remote cable. 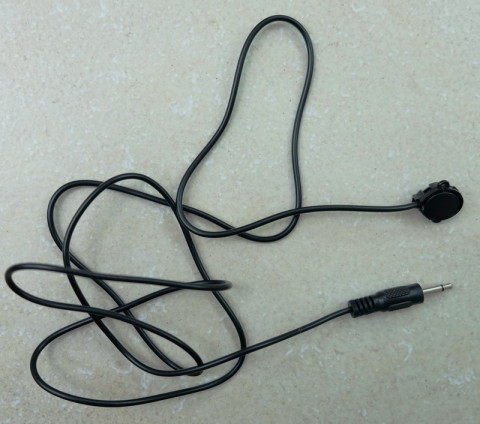 The LCD is a regular 4×20 character display with an I2C daughter board. Using I2C means the display only uses 2 pins on the Arduino; A4 and A5.

The dropController can now use either a digital keypad or an analogue keypad. When I first started I could not find suitable navigation keypads so I built my own. Later, I found pre-made analogue keypads. It is fairly straight forward to make your own keypads, either digital or analogue, see here for details.

As downloaded the sketch is set to use the analogue keypad

The Arduino IDE will automatically select the correct code to compile.

The key switch values for the analogue keypads are not standard. I have several of the Keyes boards and they all return different values. The boards I have made myself also return different values. Therefore, if using an analogue keypad you may need to change the values for each button and edit the sketch “dropController_3_01” at line 214 onwards:

At some point I plan to add a calibrate function to the sketch so that manually editing will no longer be required.

The Arduino sketch is an ino file and you will need to use the Arduino IDE to compile it and then upload it to an Arduino
The sketch has 7 tabs:
– dropControl
– Functions
– Create_Menu_strings
– Eeprom
– Menu
– Make_Drops
– Keypad
The main sketch is in the dropControl tab.

Libraries must be installed in the correct Arduino folder before they can used. For more information have a look here and here.

Calibrate analogue keypads. At present you have to manually enter the values for the analogue keypad. I plan to add a function to allow calibration from within the sketch.

Remove the memory banks. At present you can save 3 sets of drop data. I now feel this is not required and 1 set is enough. This means I can remove the load & save functions and menu options. At the same time I will probably rewrite the save to eeprom function.