A Worthington Jet is the splash or bounce that is created when a drop hits a pool of liquid and photographing a Worthing Jet sequence is a case of taking photographs of different drops at slightly different times. In the below pictures, each drop is photographed 10ms later then the previous one.

Almost any set up can be used. For the below I had
– the valve nozzle about 40cm from the table top,
– the water in the bottom tray was about 2cm deep,
– I used milk for the drops and plain water for the tray, and
– the drop size was 50ms. 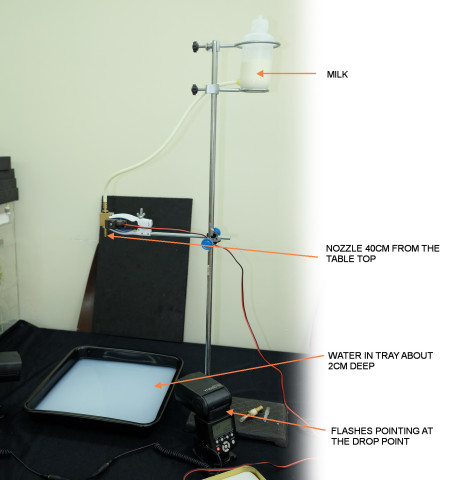 The water in the bottom tray has turned milky due to previous drops.

Since I am using milk which is opaque, I have the flashes directed to where the drop hits the water. When using water which is translucent you would light the background.

The camera shutter triggered at 200 ms and I had the camera set for a shutter speed of half a second which is 500 ms. This meant the shutter was open from 200 ms until 700 ms. As long as the flashes fire before 700 ms then the photo will be OK. If the flashes fire after 700 ms the the picture will be black. 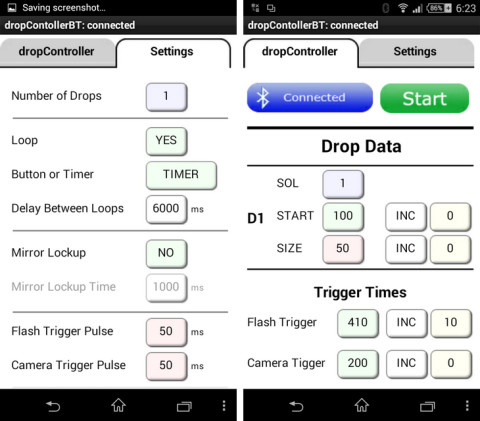 Here is a second sequence. This time I used a tea cup filled with milk and a drop size of 30ms. The camera settings are the same but I moved the camera down to be level with the top of the cup. 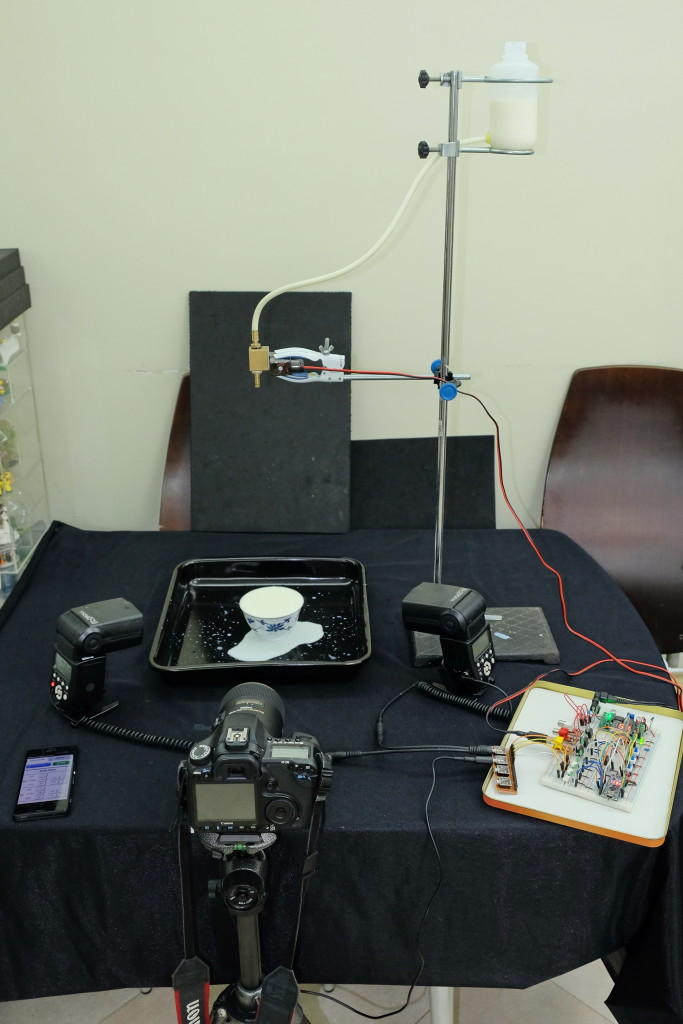 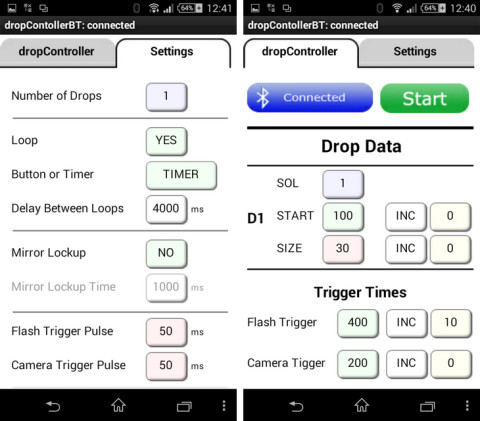 I used slightly different drop settings for this one. The delay between activations was set to 4 seconds, the drop size was 30ms and the flash was set to trigger at 400ms with an increment of 10ms every sequence/loop. 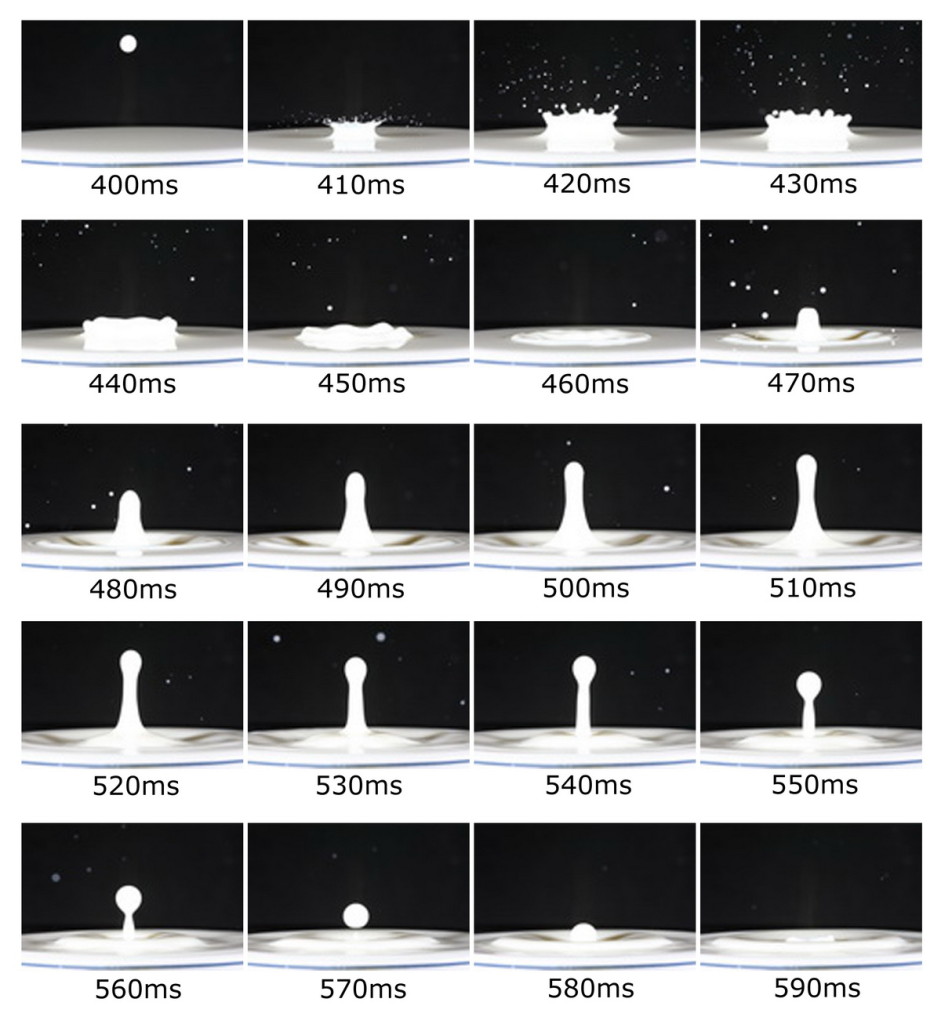